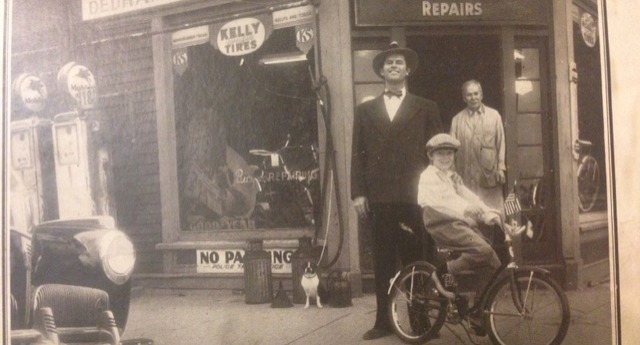 Pictured in the doorway is Dan Sullivan who incorporated us in 1932.

This picture was featured in a savings and loan ad in Time Magazine.

For over 90 years Dedham Bike has proudly served folks like yourself and your cycling needs.

We are a third generation, family run business that takes great pride in giving you, our customer the best in service and products.

For your convenience we offer a well stocked brick and mortar experience as well as a vast online catalog and ecommerce option.

If you'd like to learn more about our story please take a few minutes to read the story below or swing by and say hello.

We're here for you and your bicycle when you need us and have been for the better part of a century.

They have just about everything that you need,and if they don't have it can get it.
They really know what they are talking about and will take the time to listen to you so that they make sure that you really get what you want/need. I wouldn't go anywhere else. - Lynda K.

Dedham Bike has been in our family since 1932. It was founded by my grandfather , Dan Sullivan in 1932 and taken over by my Dad , Jim Donovan in the mid 1970's. We are now 3 generations into our journey to provide the area's best selection and service of bicycles and bicycle accessories. We pride ourselves on our very high level of customer satisfaction and great selection of products and services that has kept our loyal customers coming back for nearly a century. This top notch level of service and selection has also enabled Dedham Bike to increase it's once primarily local customer base to one that now includes customers from all over the world and the U.S.A.


The shop is housed in a circa 1820 building that has a very long history to it. The building has been home to several people over the years as well as several businesses including Dedham Bike. The gas pumps that were the foundation of one of Dedham's first auto service stations continue to be a landmark as well as a popular tourist stop , the prices on the pumps are still frozen at the 1970's prices. Bicycles have been sold out of 403 Washingon st. since the the turn of the 1900's and at one time was a leather shop that serviced the U.S. Cavalry back in the day. The Leather side of things is no longer a part of the shop unfortunately but we do keep it in the name....Dedham Bike & Leather Co.

The retail and service areas cover two floors which give the shop a very big feel once inside. Many people over the years have come inside for their first time only to be amazed at what's inside the shop. Not only by the actual square footage but by the rather large inventory we try to keep in stock for our much valued customers.

About 15 years ago we decided that it was time to share our experience with other towns away from Dedham and we opened Foxboro Bike on Route 1 in Foxboro just north of the stadium. The shop is run by Dan Donovan, Jim's son and Matt's younger brother and is run on Dedham Bike's philosophies.


At Dedham Bike we are all too aware of the "big box" mentality that seems to be sweeping the retail world these days. We take great measures to make sure that customers that come to us are treated in such a way that they begin to ask themselves why they ever stepped foot in a "box" store to begin with. We realize that many people that come through our doors may not have been on a bike since they were kids and some may be very accomplished riders, we have everything either type of rider would need to make their cycling more enjoyable and fun.

So come on down and check us out. You will see something that you don't see much these days at many a retail location...a smile, and not just any smile; our smiles are built on History.

Hope to see you soon! Matt Donovan and Family 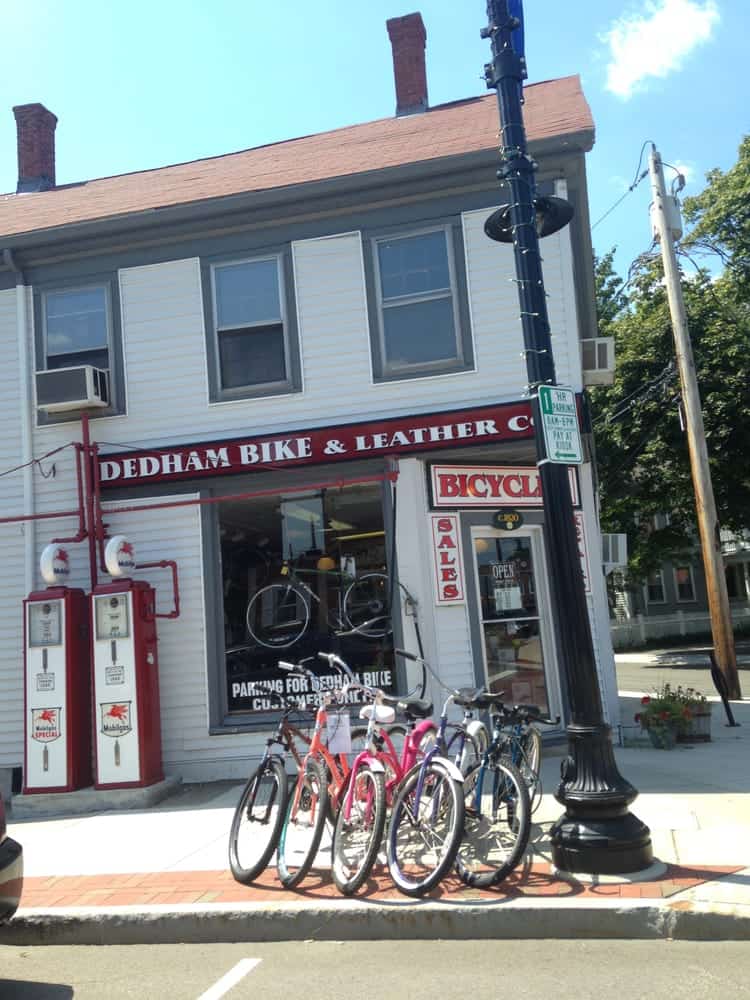 Since 1932 Dedham Bike Has Proudly Served The Local Cycling Community. 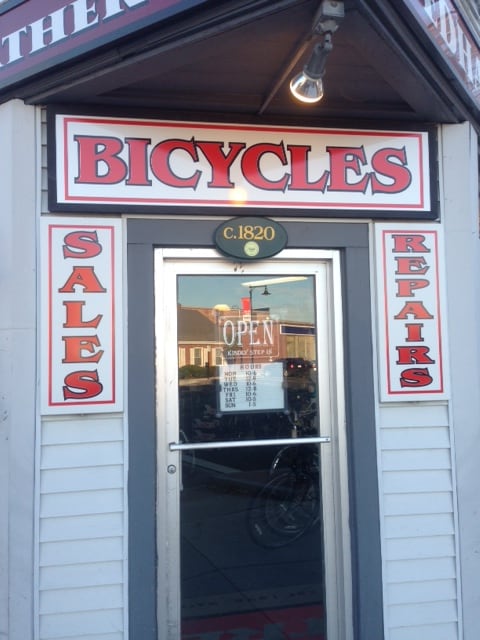 Since 1932 Dedham Bike Has Been Owned By The Sullivan & Donovan Families.